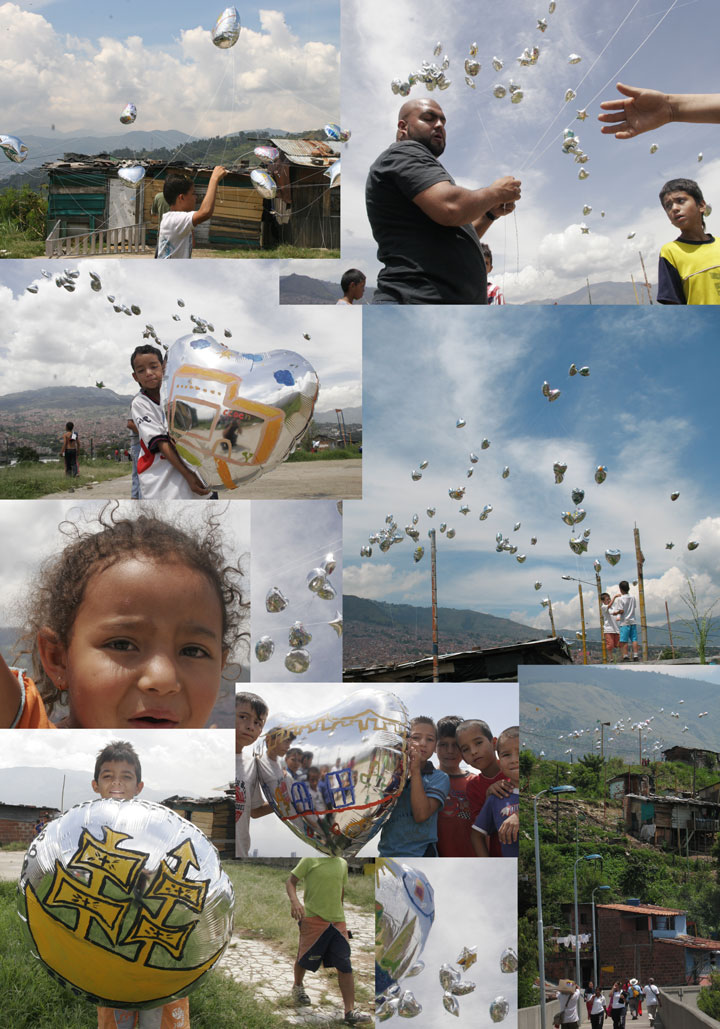 In the poor and very densely populated neighbourhood of Moravia in Medellín, Colombia, I spent 4 weeks conceiving and carrying out workshops with the local children and investigating their relation to their neighbourhood. The final result was an installation on “El Morro”, Moravia’s hill that originates from the times when it was still Medellín’s dumpster.

Moravia originated as a dumpster slum outside the city borders in the 1960s and remains to be a very distinct, now rather centrally located area with many social problems related to poverty, lack of space and hygiene and drug gang wars.

During my stay there I got to know many families, their lives, their children and problems. I asked the children to paint an image regarding their live in Moravia onto a big silver-coated balloon each. Finally we connected the 99 painted and helium-filled balloons with a string web and installed it on “El Morro” – creating the children’s “barrio volando” – their own “flying neighbourhood”.  The balloons floated up and down in the winds, moving and interacting with each other. Up on the hill, the installation could be seen from far and from literally all the other elevated spots of mountainous Medellín, thus catching the whole city’s visual attention for a few moments.

The installation only lasted a few hours, until older children coming out of a close-by school spotted the balloons and tore them down in a matter of seconds.